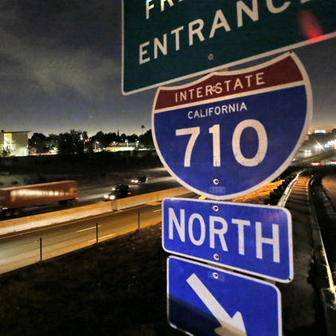 The Project
One of the largest transportation projects in Los Angeles history, the proposed $5.4 billion extension of the 710 Freeway proposes an 18-mile stretch of highway and light rail connecting the ports of Long Beach and the Pomona Freeway. To seamlessly manage the expected influx of comments related to the project’s draft Environmental Impact Statement (EIS), SmartComment’s services were procured by the project’s two lead agencies: the California Department of Transportation (Caltrans) and the Los Angeles County Metropolitan Transportation Authority (Metro).

The Results
SmartComment received more than 6,000 comments for the 710 North draft EIS — with 56 percent of the submissions coming via the website. Despite the heavy comment volume, SmartComment helped the project team avoid comment-related delays or issues by providing a secure, transparent system for managing and responding to them. In addition to the electronic comments, transcripts from the project’s five public hearings were easily imported into the comment manager along with letters and all other traditional comment forms. Using SmartComment’s Smartbracket™ app, consultants were able to efficiently bracket each submission into individual comments and organize them according to topic categories created specifically for the project. Once organized, the comments could then by graphed by topic and easily outputted for project updates or further analysis prior to the comment response period.